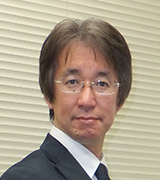 For analytical purposes, we have studied on the robotics and automation in micro- and nano-scales by integrating robotics and microfluidics. On-chip Robotics (= “Robotics” x “ Microfluidics”) is an interdisciplinary research area. We have studied on an on-chip robot system which is a microfluidic chip system integrated with sensors and actuators based on the robotic technology since 1999. The on-chip robot systems have great potential to achieve several tasks, such as powerful and accurate cell manipulation for broad range of biomedical applications with high throughput and dexterity. Here we can take advantage of hydrodynamic interaction as well as mechanical interaction in/on the chip. Emerging functions by integration of both robotic and microfluidic technologies have been studied and applied to the tasks for several scientific experiments, such as secure manipulation of biological single-cells, measurement of physiological conditions and mechanical properties of cells, separation of cells with high throughput, insertion of micropipette into the cell with high accuracy, and so on. In these applications, Micro-nanomachatronics plays an important role to realize advanced functions and automation.

For medical purposes, the micro- and nano-scaled robots, which can autonomously explore the human body through the vascular system and performing medical tasks, have attained great attention. Since the size of the robot is very small, driving methods of the robot for propulsion, actuation, and manipulation are very important and key issues of research. As the design method of the micro-robotic system, driving methods for the cable-less micro-robot will be focused for innovation in this field.

In summary, robotics and automation in micro- and nano-scales and contribution of Micro-nanomachatronics will be introduced, and future prospects will be discussed.

Fumihito Arai is Professor at Department of Mechanical Engineering, The University of Tokyo, Japan. He is Visiting Professor at Nagoya University. He is mainly engaging in the research field of micro- and nano-scales robotics and automation, bio-robotics, micro- and nano-mechatoronics, MEMS, microTAS, and biomedical applications. 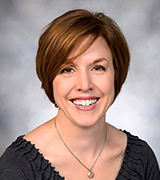 Robotic and mechatronic systems are increasingly transitioning from factories to human environments: today we use robots in healthcare, households, and social settings. In these settings, we increasingly see applications that benefit from the physical coupling and interactions between humans and robots. How do we continue to advance the frontiers of these research themes in the “new normal” environment of pandemic lockdowns and remote work? Such circumstances make research advancements challenging, especially for those of us working with experimental hardware that requires human-subjects for validation and verification of our control algorithms. In this talk, I’ll describe my lab’s innovations in simulation-based environments for developing intelligent mechatronic systems that enable pilot testing from anywhere and fast deployment to experimental platforms. I’ll end with a look to the next frontier of assistive robotics, where we are combining a person’s residual capabilities following neurological injury with robotic support to restore their functional independence.

Marcia O’Malley is the Thomas Michael Panos Family Professor in Mechanical Engineering, Computer Science, and Electrical and Computer Engineering, and the Associate Dean for Research and Innovation in the George R. Brown School of Engineering at Rice University. She is also an Adjunct Associate Professor in the Departments of Physical Medicine and Rehabilitation at both Baylor College of Medicine and the University of Texas Medical School at Houston. She received her BS in Mechanical Engineering from Purdue University, and her MS and PhD in Mechanical Engineering from Vanderbilt University. Her research is in the areas of haptics and robotic rehabilitation, with a focus on the design and control of wearable robotic devices for training and rehabilitation. She has twice received the George R. Brown Award for Superior Teaching at Rice University. O’Malley was a recipient of both the ONR Young Investigator award and the NSF CAREER Award. She is a Fellow of the American Society of Mechanical Engineers, the Institute of Electrical and Electronics Engineers, and the American Institute for Biological and Medical Engineering. She currently serves as associate editor-in-chief for the IEEE Transactions on Haptics and as the Editor-in-Chief of the IEEE International Conference on Robotics and Automation Conference Editorial Board. 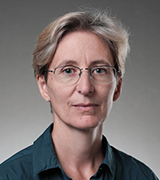 The next generation of robots will soon get out of the secure and predictable environment of factories and will face the complexity and unpredictability of our daily environments. To avoid that robots fail lamely at the task they are programmed to do, robots will need to adapt on the go. I will present techniques from machine learning to allow robots to learn strategies to enable them to react rapidly and efficiently to changes in the environment. Learning the set of feasible solutions will be preferred over learning optimal controllers. I will review methods we have developed to allow instantaneous reactions to perturbation, leveraging on the multiplicity of feasible solutions. I will present applications of these methods for compliant control during human-robot collaborative tasks, safe and reactive navigation when navigating in dense crowds, and for manipulating objects.

The talk is based on the Textbook: Aude Billard, Sina Mirrazavi, & Nadia Figueroa. (2022). Learning for Adaptive and Reactive Robot Control : A Dynamical Systems Approach. The MIT Press.

Prof. Aude Billard is head of the LASA laboratory at the School of Engineering at the Swiss Institute of Technology Lausanne (EPFL), and leading head of the Swiss National Thematic Network Innovation Booster on Robotics. A.B. holds a B.Sc and M.Sc. in Physics from EPFL (1995) and a Ph.D. in Artificial Intelligence (1998) from the University of Edinburgh. A.B. was the recipient of the Intel Corporation Teaching award, the Swiss National Science Foundation career award, the Outstanding Young Person in Science and Innovation from the Swiss Chamber of Commerce, the IEEE-RAS Best Reviewer Award and IEEE-RAS Distinguished Service Award. Aude Billard is the president-elect of the IEEE Robotics and Automation Society and the lead head of the Swiss National Thematic Network Innovation Booster on Robotics, a half a million fund in support of industrial-academic partnerships. A. B.’s research spans the fields of machine learning and robotics with a particular emphasis on learning from sparse data and performing fast and robust retrieval. This work finds application to robotics, human-robot / human-computer interaction and computational neuroscience. This research received best paper awards from IEEE T-RO, RSS, ICRA, IROS, Humanoids and ROMAN and was featured in premier venues (BBC, IEEE Spectrum, Wired).

Notification of Paper Status
May22022